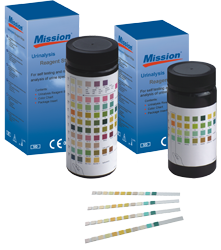 What do the Parameters Mean? 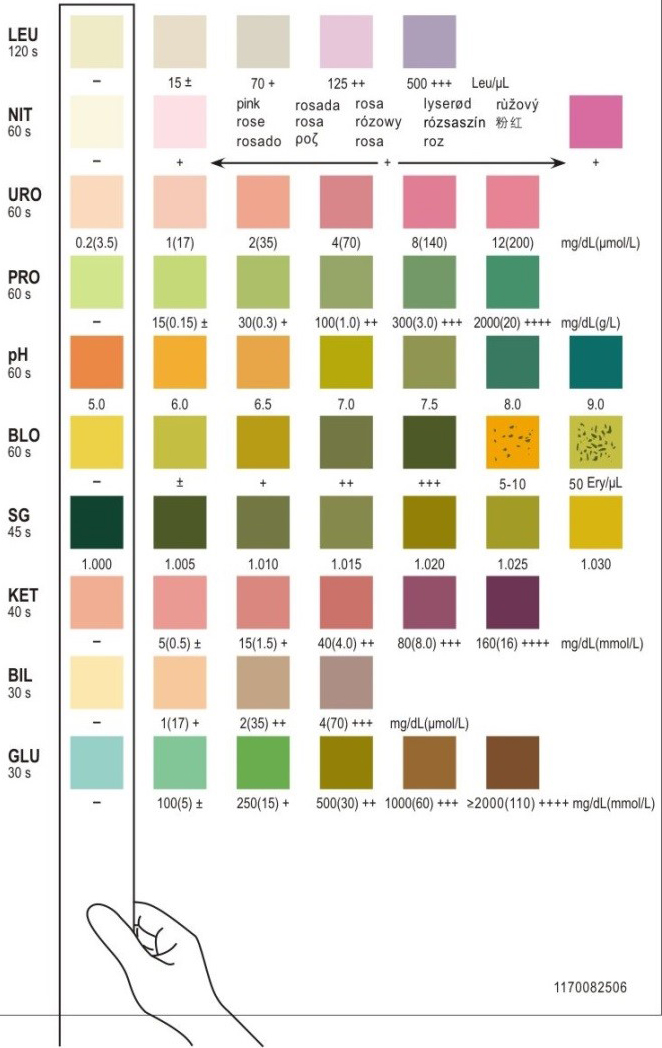 Leukocytes: The detection of white blood cells in the urine suggests a possible UTI.

Urobilinogen: the presence of excreted urobilinogen suggests a possible deterioration of liver functions. Urobilinogen is the breakdown product of bilirubin

Protein: This test is usually run to screen for kidney disease.  Protein in the urine is called Proteinuria.

pH: Measures the acidity in your urine which may be a sign of kidney stones. Your pH varies during the day going from more acid in the am to more alkaline in the pm.

Blood: Blood in the urine is called hematuria. A number of things can cause hematuria including UTI, Kidney infection, medication, menstruation, strenuous exercise

Ketone: The control of urinary ketone is useful in managing and monitoring type 1diabetes.

Bilirubin: The detection of Bilirubin in the urine is an early indication of liver disease. Bilirubin is the breakdown product of hemoglobin. Note: These two parameters (Urobilinogen and Bilirubin) are commonly used to screen for possible liver disease.

Glucose: Glucose in the urine could indicate diabetes or renal glycosuria.

Note: These two parameters are commonly used to screen for possible metabolic disorders

Ascorbic Acid: People taking vitamin C may have large amounts of ascorbic acid in their urine. Ascorbic acid is known to interfere with the accuracy of some chemical test strips, causing them to be falsely low or falsely negative. Examples of tests that may be affected include the urine dipstick tests for glucose, blood, bilirubin, nitrite, and glucose